Our Disneyland with Kids community is growing fast! Trip Reports are a big part of sharing in our Facebook group. If you’d like your Disneyland vacation highlighted, fill out this form.

We had a group of 9: Me, husband, and our 2 daughters–4 months and almost 3–, my 2 sisters, my mom, my dad & my step-mom. Yes, my divorced parents both came with us! They are still friends and they are so awesome about still doing things all together so their grandkids can have experiences with all of their grandparents. 3 day park-hoppers.

Day 1: Flew from SLC to LAX. We wanted to fly to John Wayne but we couldn’t get a direct flight. It wasn’t worth a 2 hour layover for a 1.5 hour flight with 2 small kids. We didn’t want to deal with another airport, and LAX was pretty easily navigated. It wasn’t nearly as bad as I thought. 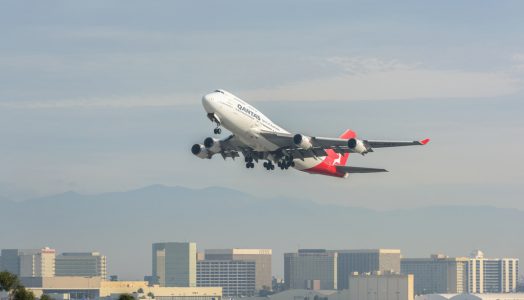 We landed at about 2:30 in the afternoon and we found our Super Shuttle pickup. I highly recommend Super Shuttle! We weren’t planning on bringing the car seat for our toddler because we weren’t renting a car at all, but Super Shuttle was by far the best deal for our group, so we brought the car seat and it was so worth it!

Our driver was so fast (but safe! lol) and we got to our condo (VRBO) in bout 45 minutes. $205 round trip for our private shuttle, so split between all the paying adults was about $30 each. Round Trip! Our condo was on Walnut, across the street from Mickey & Friends parking. We thought we would walk to the tram and take that, but we found with the stroller that it was just easier to walk. It wasn’t too far at all.

Once we got settled we walked to Downtown Disney and had dinner at the Jazz Kitchen Express. It was so yummy! The beignets were amazing and my pulled pork sandwich was huge! You can definitely share that one. 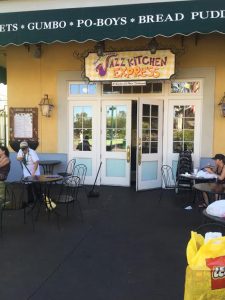 We went to World of Disney and got a couple souvenirs and my birthday pin, so we didn’t have to worry about that the next day!

We also walked over to the ticket booth and double checked that we didn’t need our papers from Get Away Today if we had the tickets scanned into the app. I forgot to pack the tickets! And yes, the scanned ticket works just fine!

We got back to the condo and ordered groceries from Vons for delivery. I have to say I wasn’t all that impressed. Almost half of the things we ordered were not available, so they had to refund or exchange.

They didn’t have diapers, but they didn’t tell us and we didn’t figure it out until after delivery. We only packed enough diapers for a couple days because we didn’t want to pack a huge thing of diapers in our suitcase. We ended up having to buy a couple packages at the Baby Care Center in Disneyland until we could get an Uber and run to Walmart a couple days later. $2.75 for 3 diapers inside Disney, which isn’t as expensive as I thought. A little annoying, but not a huge deal.

Day 2: First day in the parks, and my 30th birthday! Walked over and went through security. The security location we went through was soooo easy! It is in downtown Disney, but not the main one. It was kind of across from Earl of Sandwich and by the ESPN Zone building. 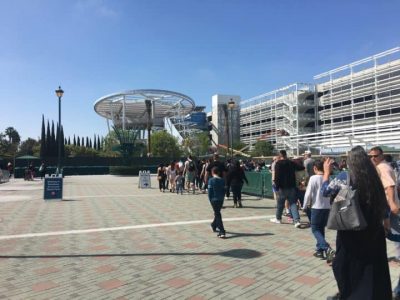 We were pretty much the only ones in line and when we got through we saw the other security checkpoint and the line was so long! We got to the gates at 7:45 for 8 am Magic Morning and went straight to Tomorrowland for Space Mountan, after meeting Chip & Dale. My daughter hugged Dale and wouldn’t let go for like 4 minutes! They were so cute with her and didn’t try to rush her or anything.

Everyone in line behind us was laughing too because she just would not let go! That might have been the best part of the whole trip! We got Disney MaxPass that day and it was A.Maze.Ing. We rode every big ride in both Disneyland and California Adventure on the first day (some twice) except Haunted Mansion, Guardians and Soarin’. 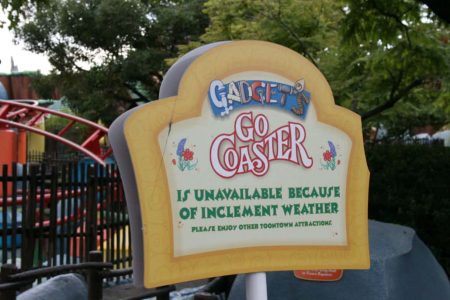 We mostly focused on rides the first day but met a couple characters. It rained all morning so some of our fastpasses were adjusted to multi-experience passes because rides would close temporarily for rain. It was nice to be able to use those for any ride at any time. We had a stroller rain cover and it was a lifesaver. We just put all of our stuff on the stroller to keep it dry. The rain cleared out by the afternoon but it was still a little chilly.

Crowds weren’t too bad that day. It was rainy and a Tuesday, so we got so much done that first day!

Day 3: 2nd day in the parks. We slowed down a little the 2nd day. We didn’t get MaxPass and did smaller rides, shows and lots of characters for the kids. With the castle walk through being closed, I was so disoriented in Fantasyland! It was so weird.

It was not raining, but still pretty chilly. We missed the Frozen show because the Disney Jr. Dance party was longer than I thought. Online it says it’s 18 minutes, but it’s more like 25 or so. We were going to run over to the 12 oclock Frozen show after the 11:30 dance party, but we didn’t make it. We’ll have to get that one next time. The Dance party was really fun though! Definitely recommend for toddlers/preschool age kids.

We rode Guardians and it was so fun! I was bummed when they changed Tower of Terror because it was my favorite ride, but it was a good change. still my favorite ride 🙂 We met Elsa & Anna, and Olaf. 4 month old decided to have a MAJOR diaper blow out while we were in line, so she got changed on the floor right before we walked up to meet them. haha. I was NOT waiting in that line again. 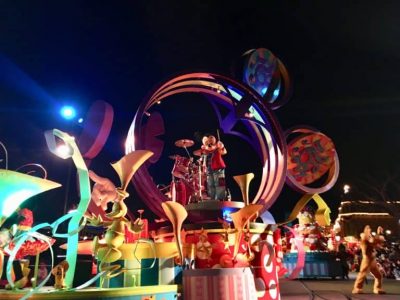 We watched Mickey’s Soundsational Parade that night and it was so cute. That was probably the 2 year old’s favorite thing.

Day 4: Goofy’s breakfast and rest day. Goofy’s breakfast was really good and so fun. We saw Goofy, Pluto, Minnie and Chip & Dale. Pluto was so funny, coming over and sneaking up behind my mom every 15 minutes or so. And Minnie was amazing. She sat and played with my baby for a while and she was mesmerized! 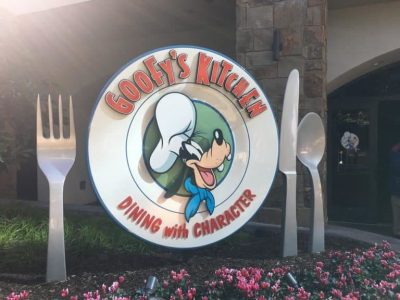 We took naps and rested the rest of the day, which was much needed!

Day 5: 3rd day in the parks. We got MaxPass again that day and did Soarin and Haunted Mansion, plus all the rides we wanted to repeat.

We were able to ride every single big ride at least twice, some people rode 3 or 4 times on some rides. MaxPass is definitely worth it, even if you can get it just 1 day, it makes a huge difference in the overall experience. 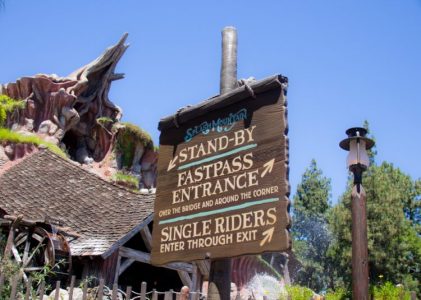 We didn’t find a whole lot of PhotoPass photographers. They were there for Mickey and Pluto and a couple of iconic picture spots, but we didn’t use them as much as I had hoped. They need more photopass photographers overall.

It was warmer, but not hot. And it was a Friday so it was more crowded for sure, but still not terrible. We watched Mickey’s Mix Magic on Main Street and had a great view of the fireworks. It was magical and brought tears to my eyes when it started to “snow”.

Day 6: Super Shuttle back to LAX and flew home to cold, snowy Utah! We all had the best time and it was a magical trip! We’re already planning on September 2021 before the baby turns 3 so that we can go while she’s still free! 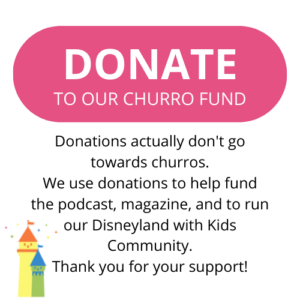