One of the most popular topics in our Disneyland With Kids Facebook group is Halloween at Disneyland.  From decorations, to ride overlays, to Disneyland Halloween party info, we get questions on it all. Halloween is one of my favorite times to go to Disneyland with my kids. Here are some things you should know about Disneyland at Halloween time:

Halloween at Disneyland With Kids

If you are planning a trip to Disneyland in the fall with your kids, chances are you will be there during the Halloween celebration. While this is a great time of year to go, there are definitely some things you should know about. This year, Halloween is starting sooner then ever before at Disneyland park. Starting September 7, 2018, you can enjoy all the spooky fun.

The park gets decked out for Halloween

Disneyland goes all out for Halloween. This includes decorations. Main Street USA has a pumpkin festival, characters out in their Halloween best, and lots of fall colors. Disney California Adventure has gotten in on the fun last year, and this coming season. Cars Land has a full on Haul-O-Ween layover with lots of great touches and even your favorite Cars characters get dressed up for this time of year.

Disneyland has some special ride overlays for Halloween. What is a ride overlay? Basically a special version of the ride. So what special overlays can you expect at Disneyland?

Jack Skellington  and his crew take over the Haunted Mansion as they deck the hauls with some spooky holiday cheer. This overlay is special in that it will last through the Holidays at the Disneyland Resort.

Guardians of the Galaxy – Monsters After Dark

This is probably the most unique of the layovers because this ride overlay only runs in the evenings. During the day, you can still ride Guardians of the Galaxy: Mission Breakout! The original ride will close early (around 5 pm) and the Monsters After Dark version will start about an hour later. With this, the Fastpass machines and MaxPass distribution for Monsters After Dark starts a few hours before the change over, so watch for them to open up each day.

Mater loves Haul-O-Ween and so he has a small ride overlay during Halloween. The overlay mostly consists of a few Haul-O-Ween decorations and a change in music for the ride.

Just like Mater, Luigi is getting in the Haul-O-Ween spirit. He has some Halloween decor and a change in music to help celebrate the holiday.

A huge part of Halloween at Disneyland is Mickey’s Halloween Party. This is a separate, ticketed event that is hosted a few nights per week, starting in mid-September. Prices range from $95 for AnnualPassholders to $130. Below is a calendar with dates and prices. 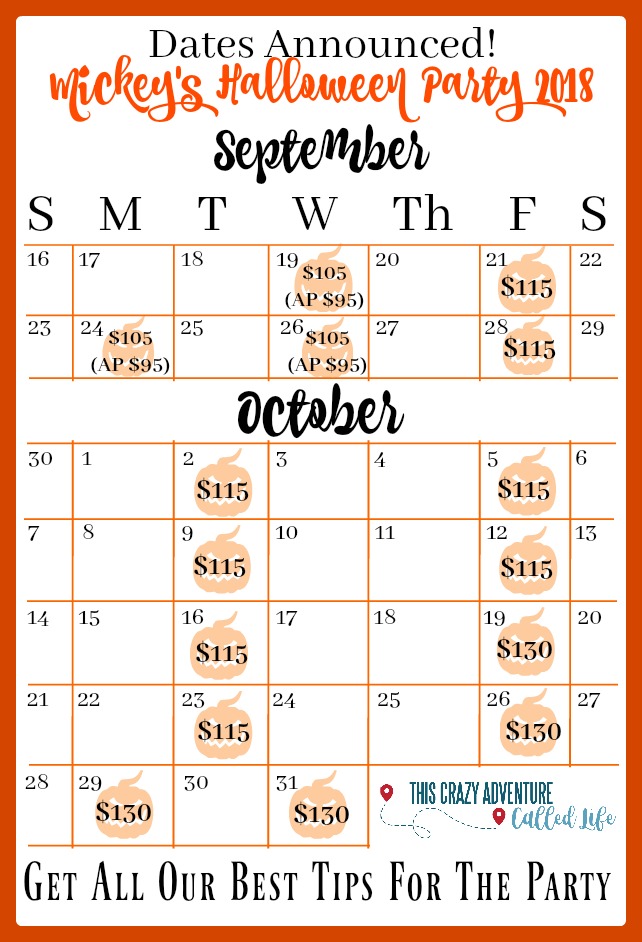 If you are planning your vacation for this time, we suggest you book your vacation package NOW as hotels seem to fill up quickly once the party dates are released. Our partners at Get Away Today have a few great deals for Halloween time. In September they have Adults at Kids’ prices for all 3 day or longer parkhopper tickets. and in October they have 5th day free on parkhopper tickets. Both are excellent deals but if you combine them with a hotel stay (often including 3rd or 4th night free) you can use our code DisneyKids to save an extra $10 on packages of 2+ nights.

Once your vacation is booked, then we suggest buying your tickets early as they do tend to sell out rather quickly. If you plan on going on Halloween, buy them the day ticket sales open up. The other October dates usually sell out within a week or two, and September follows shortly after.

While You Are In Southern California

If your family is like mine, you may want to venture away from Disneyland (gasp) for a day or two. While Halloween at Disneyland is awesome, it isn’t the only theme park in the area with lots of fun to be had. We also suggest checking out Sea World, LEGOLAND or Knott’s Berry Farm. (PS- Get Away Today has tickets for them as well) 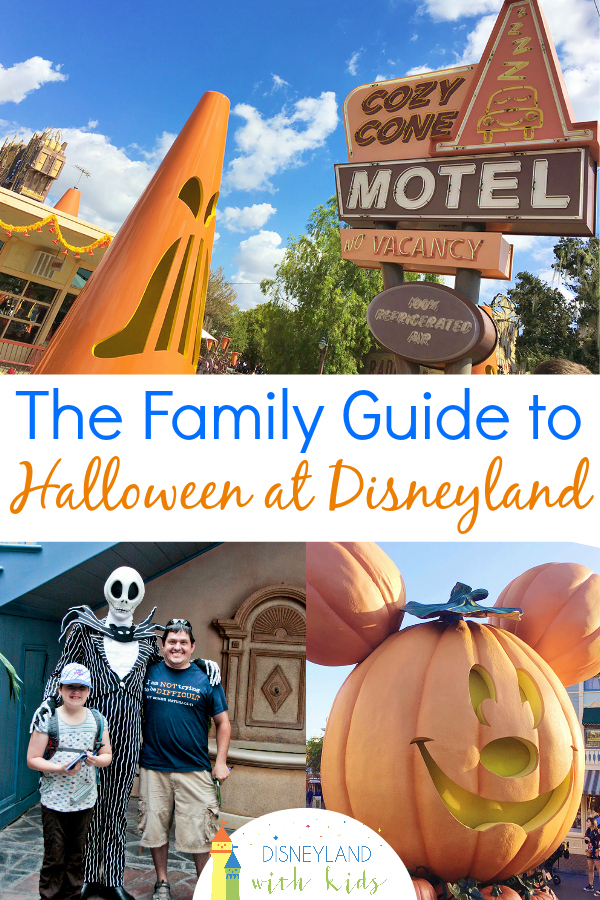 Becca has been going to Disneyland since her own childhood, but really fell in love with the magic after taking her oldest child when he was ten months. She goes to the parks two to three times per year with her nine-year-old and twin four-year-old boys. Becca has experience using the DAS, Rider Switch Pass, Stroller as a Wheelchair tag, and more. When not at Disneyland, she enjoys hiking, photography, and being crafty. Becca blogs at This Crazy Adventure Called Life.

We may earn money from companies or links mentioned on this website. Even if we earn money, you still pay the same great price.