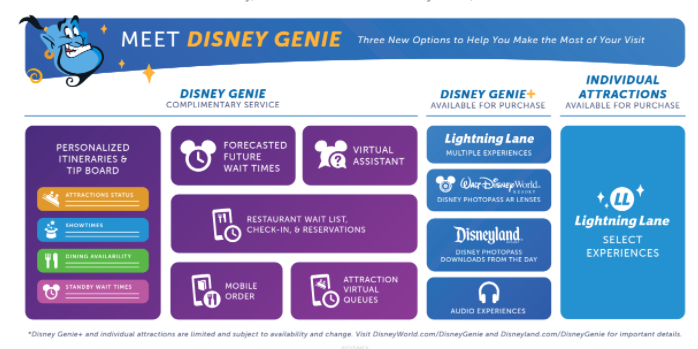 We are all missing Fastpass and MaxPass, but don’t worry, Disney has announced the newest version of in-park planning help and line cutting systems… Disney Genie. In this episode, we are breaking down everything we know about Disney Genie, Disney Genie+, Lightning Lanes, and pay-per-ride Fastpass?

Will Disney Genie be a hit or a flop for families planning Disneyland vacations? How will this affect your park plan? Take a listen to the latest Disneyland with Kids Podcast as we break down what we know, and what we think we might see with the new Disney Genie, coming this fall.

In this Episode – What To Know About Disney Genie Now

In this episode, Leslie, from Trips with Tykes, and Julie, from Mom Rewritten, are breaking down everything we know so far about Disney Genie – a new planning tool, line access system, and more coming to Disneyland (and Walt Disney World) Fall 2021.

Leslie and Julie talk about everything we know, and some educated guesses on what we might see when this new offering rolls out to Disneyland guests later this season.

In this episode we cover:

Just an hour after this episode was recorded, OC Register published an article stating the a la carte Lightning Lane options will be called Lightning Lane Select.

After listening to this episode of the podcast, you might also find these episodes and articles helpful:

Meet the co-hosts and founders of Disneyland with Kids

Be sure to check out each of our co-founders’ sites and social media channels:

Jessica – The Happiest Blog On Earth